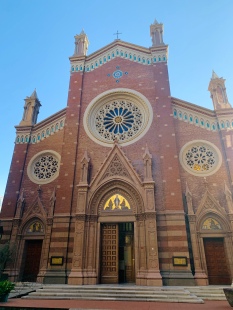 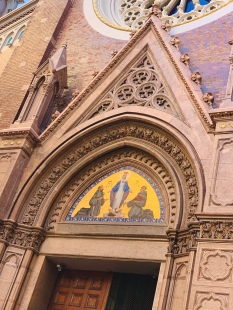 Saint Antoine of Padua Church is the largest Catholic church in Istanbul. Construction began in 1906 and it was opened for worship in 1912. Istanbul had approximately 40,000 Italian members of the community at the time, and the church was built with them in mind.

Located along the bustling Istiklal street, it is still a popular church today, run by Italian priests, holding mass in Italian, Polish, English and Turkish. I think when people think of Istanbul they don’t necessarily think of beautiful churches, so if they stumble across it whilst walking down Istiklal street, it can be a bit of an unexpected hidden gem! 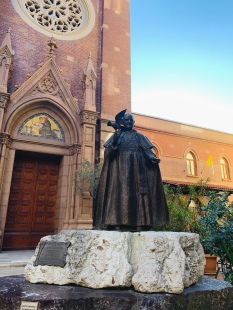 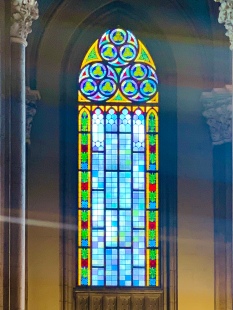 The church has red brickwork on the outside and is beautifully designed. At the entrance there is a statue of Pope John XXIII who served there for 10 years, he was known to have a fondness of the city of Istanbul.  The ceiling inside is a shade of blue, making it feel particularly bright, and the sun shining through the many stained glass windows adds to the beauty. For a small charge (I think it was 1tl) you can buy a candle to light – we bought two and placed them together. 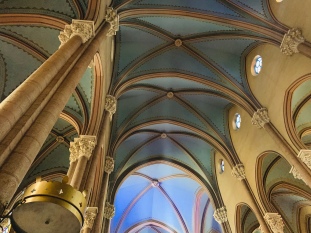 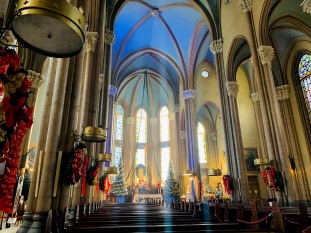 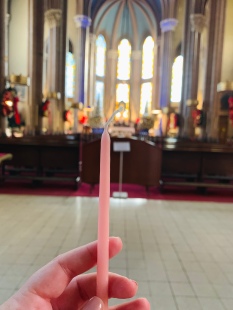 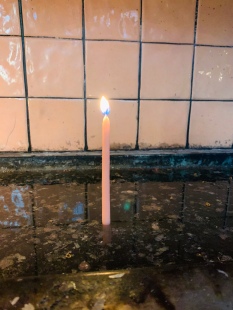 We visited in the second week of January and they still had Christmas decorations up – inside we were greeted with huge wreaths, trees and tinsel and outside, a massive tree decorated with red and white poinsettias and a nativity scene. I love Christmas so I was so pleased I got to see it all beautifully decorated – it really was stunning! 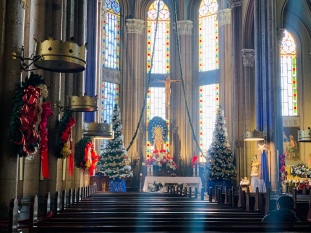 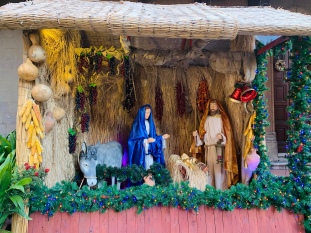 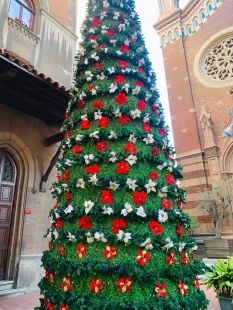 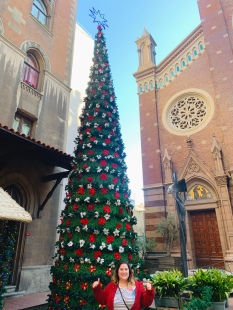 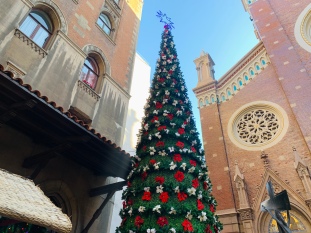 P.S click on any of the photos above to enlarge them and see them in all their glory!