We woke up on our last day in the village and knew we were going to be busy – we planned to leave the village at 12pm and travel to the nearest city center to visit more of Berkay’s relatives. The previous day Berkay’s dad had announced that since all the family was going to be together (including me, Berkay and both his brothers), something that happens very rarely, he was going to kill one of the animals from his garden so that we could all have a big family BBQ. 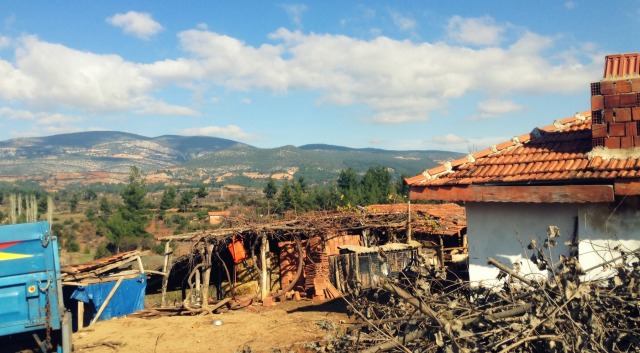 By the time we had woken up, had a shower and packed our bags ready to go, it was 10 o clock and Berkay’s grandad had just arrived to do the honors. I walked over to him to say hello with the traditional hand/head kiss and he seemed impressed by this, even more so when he said ‘nasilsin?’ and I answered in Turkish. There wasn’t much time to sit around and talk and we all headed out to the garden. I was walking around having one last look at all the animals and became friends with a goat, I was talking to him (yes…talking…) and he was licking my hand, it was all very sweet. Little did I know, that an hour later I’d be eating this goat for dinner. 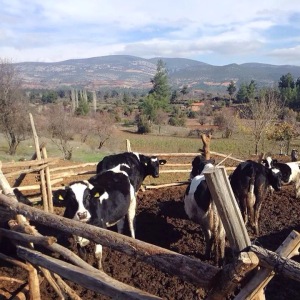 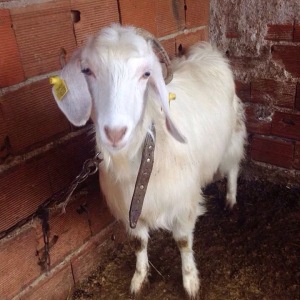 Just 10 minutes after my encounter with the goat, Berkay’s brother walked into it’s little pen and led it around to the side of the house where they had been digging a hole. I knew what this meant, the poor goat was the chosen one.

I’m not sure what possessed me, but after giving him one last little stroke, I stood and watched as they removed it’s collar, laid it down with it’s head over the hole in the ground and tied it’s legs together. The goat didn’t protest at all, I guess it knew what was coming as much as the rest of us. Berkay’s grandad slit the goat’s neck, the blood drained out into the hole and that was that. Over in minutes. Quick, calm and as a little suffering to the goat as possible.

The worst part for me came after, was watching his grandad strip down a piece of skin from the goats ankle and blow air (from his own mouth…) into it, blowing the poor goat up like a balloon. I wasn’t entirely sure of the purpose of this, but I researched online and it says it makes it easier to skin them by doing this first. At this point I decided I didn’t want to watch anymore, and wandered back to the other animals instead, one of the sheep had actually escaped the pen it was in and was actually stood watching what they were doing to the goat… I wonder if it actually understood what was going on though. 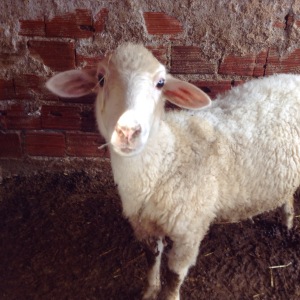 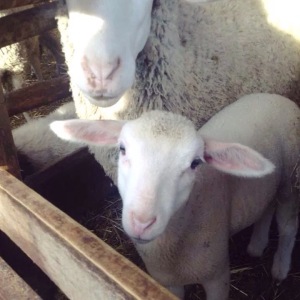 I went with Berkay in the car to pick up his cousin and her daughter, who were coming back to the family house to enjoy the BBQ with the rest of us. It was a 20 minute drive and by the time we got back, the goat had been fully skinned and its meat was now  lying on trays being chopped up into pieces. Including it’s head, eye, brain, intestines, liver and other organs. Bleugh. The family will probably make soup and other dishes out of these parts, they certainly don’t waste any edible parts – they even gave their dog the goats four raw hooves. 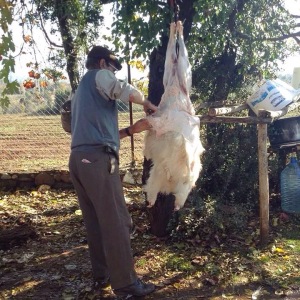 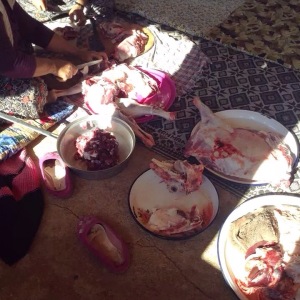 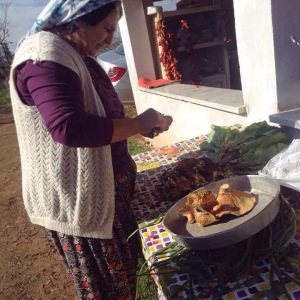 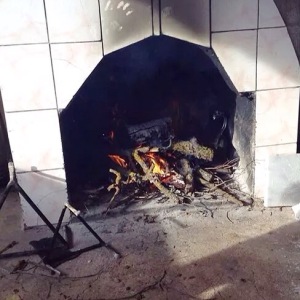 We all sat down to eat the BBQ, which included the lovely çintar mushrooms we’d found the day before, and it was really delicious. Of course I felt sorry for the poor animal we were eating, but I’m not vegetarian and eat alot of meat. We don’t usually think about where our food comes from because it’s all cleaned, neatly packaged and sold on supermarket shelves, we take it for granted and don’t consider where it actually comes from, so it’s definitely interesting, although a little disturbing, to see the process from furry animal in the garden to lump of cooked meat on your plate. 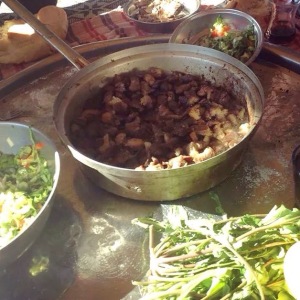 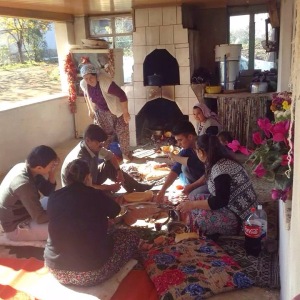 After eating, it was time to say our goodbyes. Berkay’s step-mum cried when we were going and gave us both big hugs. She is really sweet, she sent us home with a massive bag of onions, spinach, spring onions, nuts, butter, chicken and leftover goat, all things grown on their farm! I really, surprisingly enjoyed our time in the village, and I really didn’t expect to. It was just so peaceful there, so relaxing and it felt so far away from everything else, no worries, no thinking about anything. 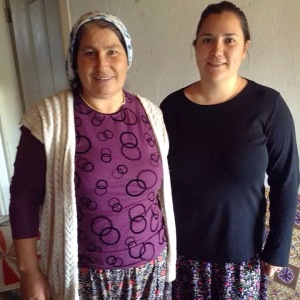 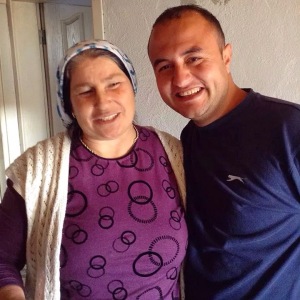 But now it was time to change out of the village baggy pants, say bye to the lovely people and views and head to the city instead… 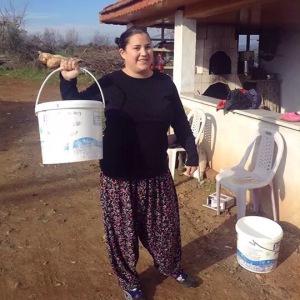 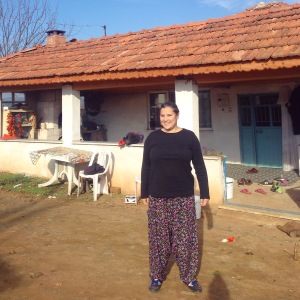