July was a busy month! We celebrated our 4 year anniversary together and had lots of days out, making the most of Berkay’s pay rise and driving license! We drove to Marmaris for the day as I wanted to see what the fuss was all about, the first photo was taken on the beach there – I much prefer Fethiye, though. A couple of weeks later we went on a boat trip for the first time in a year which was lovely, I love being out at sea, I think I should have been a pirate 😉 The blue sea, clear skies, sunburn… oh I miss it.

The second half of the month wasn’t as busy, and we took time to enjoy walks together during the afternoons before Berkay went to work. One of the best hidden gems we discovered was the amazing view at the far end of Calis beach, behind Şat restaurant, there were little benches overlooking the water and the mountains formed the perfect backdrop. We also visited our friends who had escaped to their village (Kizibel near Uzumlu) to get some cooler air. It had been 8 weeks since I’d seen their twins who had grown a lot, they couldn’t be more different – one small with no hair and the other a giant baby with long locks, they’re still the same now! 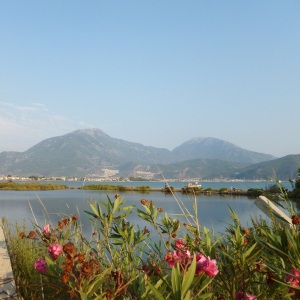 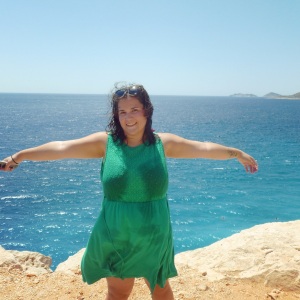 In August we visited Kalkan, Kaputas and Kas for the day, the coastal road between them is so beautiful and driving along listening to some music with the amazing views of the sea outside your window is just perfect. 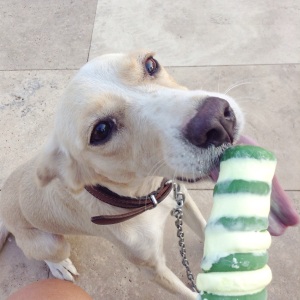 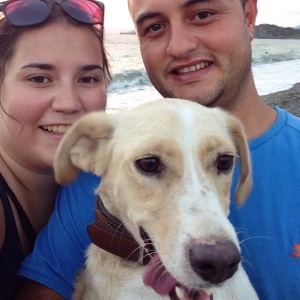 Of course it was another hot month, even poor Boncuk found it hard and needed plenty of evening walks along the beach and ice cream to cool her down – twister lollies are her favourite.

We went to the first Fetiyespor game of the season, which was disappointing but a good evening spent together before Berkay headed off to work. The sun began to set earlier in the evenings as the month went on, and I had plenty of sunset photo opportunities, it’s my favourite thing to take photos of! 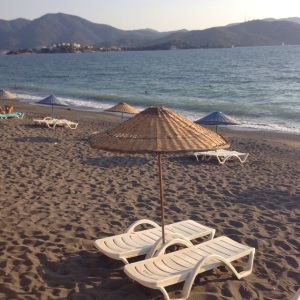 As soon as September arrived, the weather started to cool slightly and it was clear that Calis was starting to wind down for the winter months as the beach became emptier. We went on lots of walks and discovered beautiful places we’d never been before like the Lycian way with this breathtaking view of Oludeniz. 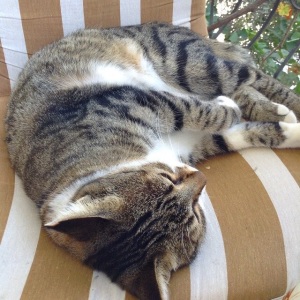 One of the things I miss the most is sitting out on my balcony eating or playing backgammon and that is something we done everyday over the summer. One September morning Berkay came home from work and made this adorable Turkish breakfast for me, who wouldn’t smile at this? So sweet. September was also the month that a stray cat found our balcony and decided to come and visit every single breakfast, lunch and dinner time, I often found her curled up on our garden chairs waiting for us or as soon as she heard the plates she would climb up the tree to see us, she carried this on til the day I left in December! 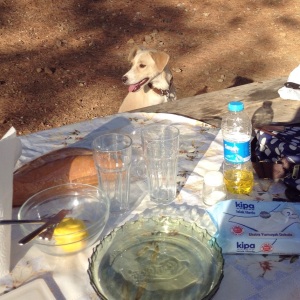 We carried on exploring areas a little off the beaten track, one being Yesil Vadi in Yuvurlakcay, where we had fun swinging over the river – until I fell in fully clothed..oops!! As always, we finished our day out in the car with a BBQ, but this time we bought Boncuk along. This was one of my favourite days, so simple but so relaxing.