Christmas is fast approaching, with just 9 days to go, and just 16 days until 2015 comes to an end. This means we are getting ever closer to Berkay’s army service being completed and that huge obstacle being lifted.

He’s officially been in for over 45 weeks now, with another 7.5 weeks to go. 10 months down, less than 2 to go, but potentially even sooner than that. His 12 months mandatory service will officially be finished on 4th February 2016, but as he has been unable to take any holiday during that time, he believe’s he will be able to finish up to 18 days early, so he could be ‘free’ as early as next month! How good does it feel to say that!

Strangely, the year doesn’t seem to have gone that slowly, and I think a lot of that is due to the time of year he started.  Although the beginning of the year went slowly, the run up to Christmas seems to make everything go 10x faster, and now its only a matter of days until the year is over!

I’ve been keeping up with my marble jars, moving a marble from the ‘days to go‘ jar into the ‘days down jar‘ every night before bed. It’s almost like an advent calendar, and I do it everyday without fail. The first real exciting moment was when the jars had equal numbers of marbles in both, but now they make for a much more pleasing sight with just 50 days in the ‘days to go’ jar, compared to 315 in the other.

The last few weeks haven’t been very smooth for Berkay. At the start of November he got sent to Diyarbakir which is a fairly dangerous place to be in the army at the moment, and his fellow soldiers from the same base were out on missions to hunt terrorists every few days. We were unsure when he would be going back to Kayseri, but finally, after what felt like a really long time, he got told he was being sent back and he made the 12 hour coach journey back to Kayseri with the rest of the soldiers at the base on Saturday. Even that was dangerous, and they all had to wear bulletproof clothes for the first part of the journey. Coincidentally, Saturday was Berkay’s 26th birthday (he’s so much older than all the others doing their national service, he’s like the army grandad haha). What a way to spend your birthday eh? At least he’s back in Kayseri now where he will hopefully stay for the rest of his service.

Further testing times for Berkay came 2 weeks ago when his granddad passed away. They weren’t particularly close as he isn’t to any of his family, but he was a lovely old man whom I met a few times, and it was obviously very sad. Had he been at home in Fethiye, Berkay would have made the journey to Denizli for the funeral, and he did intend to take time off from his army service but after talking to his commander they decided it would be too difficult as leaving the base would mean people needed to escort him to the nearest city, and then he would have to make a 20+ hour journey to Denizli by road, as flying was ridiculously expensive. The long journey would have meant he would miss the funeral anyway, as in Turkish culture this happens very quickly after death. Not being able to be with his family, despite their differences, upset Berkay and he was very frustrated by it all, but he seems happier now and he too is counting down the days to freedom! 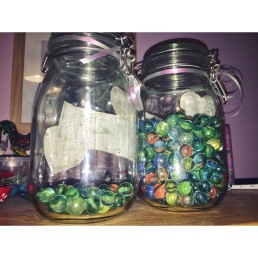