After spending 40 minutes on hold to the passport office in Durham last week, at 04.30 Sunday morning I got an email from them saying my passport had been approved and sent for printing on 23rd May and that I should receive it in 4-5 working days.

At 1pm on Tuesday I heard a knock at the door, opened it and could have kissed the man! My passport had arrived! When I saw the red, shiny passport in my hand I realised it was all getting rather real!

I was starting to get worried, having left my job last week I won’t get anymore money after pay day on Friday so I was hoping I’d get my passport back and be able to go as soon as possible. I’ve earned my money, saved my money, and would rather spend it there where I’m happiest.

All along I planned to book my flight for 2nd June, but held off booking as I didn’t want to risk my passport not coming in time. It’s a good job I held off as last night when I finally did book it, it ended up being “£12 cheaper.  It cost me £95, baggage included, and is with Pegasus, I’ve never flown with them before but Berkay has and says they were better than flythomascook and easyjet.

So that’s it, as of this Monday, 11am, I’ll be on that plane to Turkey (fingers crossed there’s no delays!) I’ll arrive at Dalaman at 17.30, be in Calis by 19:00 ish, and reunited with Berkay and Boncuk, well, temporarily for a few minutes until he goes to work at 8pm! Better get used to that again, an hour is always better than nothing 🙂

I’m not really organised at all, I’ve got most of the stuff I need, but haven’t started packing my case yet and I’m at my mums house for a few days. I’ll be back at dad’s on Saturday and will have just Saturday evening and Sunday to get packed and organised! I done some last minute shopping yesterday and got a hand luggage bag which is all ready to fill up, and my step mum got me a little wheely trolley bag to take to the markets out there and fill with our fruit and veg, which I thought was really sweet! 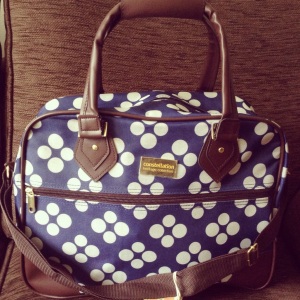 I’m really going to miss my little sister the most, we’re so close – we spent the whole day Tuesday having a pajama day watching Disney princess films, she’s always using someone else’s iPhone/iPad/iPod so I’ll be able to facetime her, no doubt she’ll be helping me by looking after all my bears and things in my bedroom while I’m away, haha!

Berkay has arranged for internet to be put in, so I should be connected within a few days and I’ll  be able to keep you all updated on my blog – I’ll try my hardest to go back to posting everyday.

Thanks all for continuing to read, I’m just off to pay for and print my evisa and see what the fuss is all about!  (Edit: DONE and it was a piece of cake!)