This post is over a week late – there were so many photos to go through! I’ve had to split it into two parts as  there were just so many good ones – so here is part 1 of our little adventure in London!

It was my birthday on Friday 11th April, I had booked the day off work so I could spend it with Berkay, and we decided to go to London.

After opening some presents from family at home, we headed off and got the train to the O2 at North Greenwich  – where we got on a boat. It was a thamesclipper boat (information can be found by clicking here if you’re visiting London soon and interested) which only cost us £4.50 as we had a TFL travelcard for the day too, which makes the price cheaper. I’ve been on one before a few years ago but forgot what they were like inside – quite fancy! The chairs are leather and so comfortable, although unless you sit on the 6 seater ones facing each other, they are a little squished – like being on an aeroplane. Berkay was impressed – it was definitely different to the typical ‘boat tour’  ones he’s used to seeing in Turkey – and so much faster. 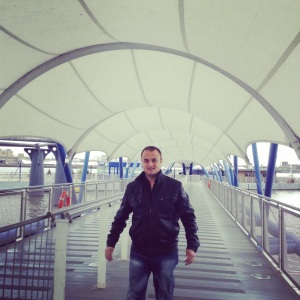 We sat inside for the first 15mins, then stood outside on the deck for the last 25mins to get a better view of everything, which provided plenty of photo opportunities. It would have been better if it were sunny, but the clouds went away later in the afternoon.
We had a good view of all the sites -Canary Wharf, Tower Bridge, the Tower of London, the Shard, the Globe, London Bridge, St Paul’s Cathedral, the London eye, Big Ben.. 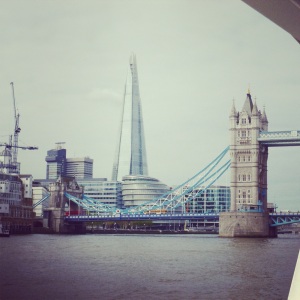 The trip down the river Thames lasted around 40 minutes, from the O2 to Embankment, where we got off.
We walked over the bridge at Embankment – stopping to pose for more photos – before finding somewhere to eat. The only place we could find along South Bank without a huge queue was ‘EAT’ – what a simple name for a restaurant, and how could we refuse 😉 We ate al fresco on a bench overlooking embankment and Big Ben – it was just starting to warm up so it was lovely! 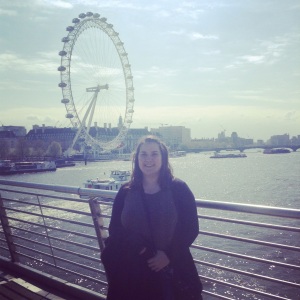 After lunch we walked along South Bank  past the street perfomers, some of which were really impressive – others just plain weird.
We stopped near the Southbank centre at the ‘Udderbelly’ festival – nothing was going on but it was free to walk around so we had a little look around – they had areas of grass and trees with little gazebos and benches, the trees all had fairy lights on and it was so cute – would be great to sit there with a drink in the evening, but I’m sure it gets really busy when the comedy, music and circus acts are on during the festival. The main part was an upside down cow – hence udderbelly- which I assume had a stage inside, but it was closed so I’m not sure. There were little stalls around the outside selling wraps, hot dogs, burgers and beer, but they looked expensive so we avoided them. The festival is on from April 10th – July apparently, but I’m not really sure what it’s all about, the upside down cow was enough to impress me! 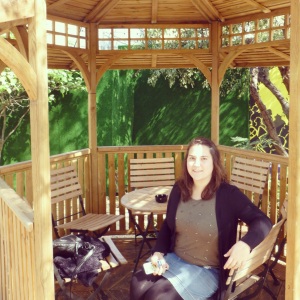 Walking past the London eye I noticed the surrounding area of trees had carrots in. Weird – a special Easter thing I’m assuming! I thought I was seeing things for a while. 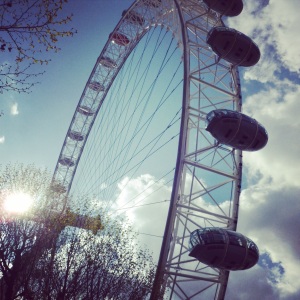 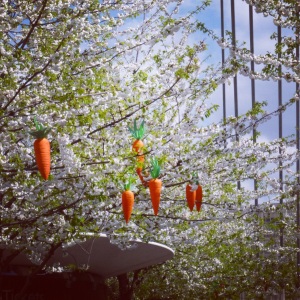 Next we headed across Westminster Bridge, posing for yet more photos, and carried on walking. We were hoping to arrive at St James’ Park – in order to find our way to Buckingham Palace. I used my phone GPS, which was a life saver that day, and we eventually arrived at our destination.. but those photos shall be in part 2! On route to St James’ Park, we stopped at this typical, London red telephone box. Berkay had no idea why I was asking him to pose for a photo with it, but he played along, pretending to make a phonecall and stepping inside – big mistake because it seems someone had been using it as a urinal. Lovely. Needless to say I avoided that one and posed for a photo in the next one we came across. 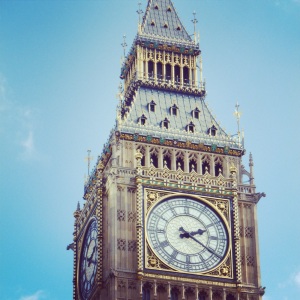 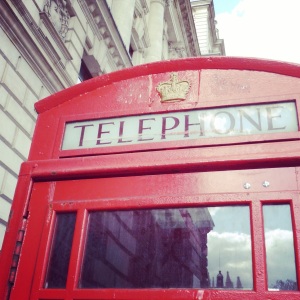 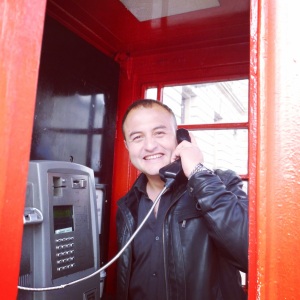 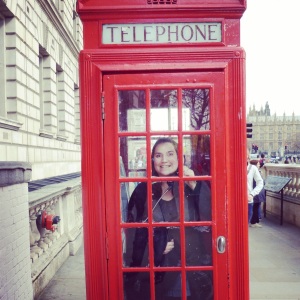 Part 2 will be coming up tomorrow 🙂