I’ve mentioned before that our relationship started as the very typical, cheesy, holiday romance story that everyone is so quick to judge, but I’ve never really gone into much detail about how we met, so here it goes!

In July 2010, me and one of my best friends decided to go on holiday, we trusted my Dad to choose the destination, and he chose Calis Beach, Fethiye.  We went in July for a week, after we’d finished our A-level exams and had just left college. I was 18 years old… 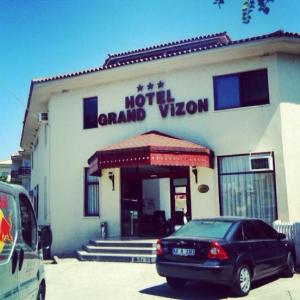 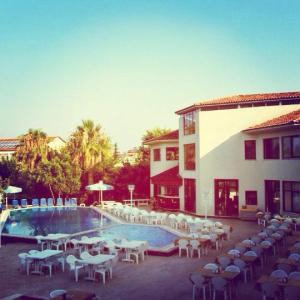 The hotel we stayed in, who would have thought back then, that I’d eventually be living around the corner to here, walking past it and waving Berkay off to work there everyday for 2 years..

It started off as a normal girly holiday… until roses kept appearing on my sunbed, and outside my room door. (I can see you rolling your eyes…I told you it was a cheesy story!!) I ignored them at first, but eventually realised it was one of the waiters doing it.. you guessed it, this particular waiter was Berkay! 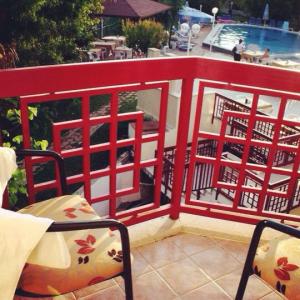 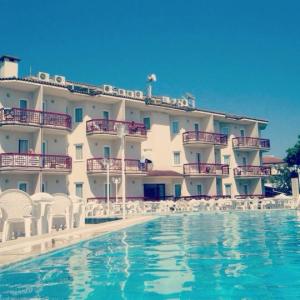 The view from our balcony and the pool, where a lot of time was spent spying on Berkay with my friend 😉

We hardly spoke, actually he could hardly speak English … (I can see you rolling your eyes again!) … on the last night of our holiday, he got his friend to write a note to me saying ‘Do you want to go out for a walk with me’. Going against my mum, dad and everyone else’s advice of ‘don’t go off with anyone on your own’, and risking loosing the friendship I had with my friend by leaving her alone in the hotel on the last night… I went. We went for a walk along the beach and ended up staying there until 5am, just walking back and forth. Luckily, Berkay wasn’t dangerous, and my best friend forgave me for abandoning her. I wouldn’t advise anyone to go off alone like I did though just for the record, I went against my better judgement but thank goodness I did, otherwise I probably wouldn’t have ever seen Berkay again or be who I am today… 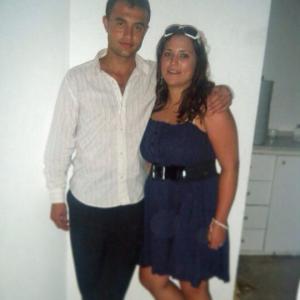 This was the first and only photo we had together from July 2010..

The time came to go home, and of course I was devastated, we swapped numbers, msn addresses & facebook ‘friended’ each other, but honestly I didn’t expect to hear from him again, everyone knows the reputation Turkish guys have… Oh how wrong I was, even before I had got to the airport I had a text, and a couple more awaited me when I landed back in the UK.

We spoke everynight on MSN without fail, every night after his work had finished, Berkay would walk to the internet cafe and we’d talk to 3-4am. My family all thought I was crazy of course, and hoped it was all just a holiday romance. 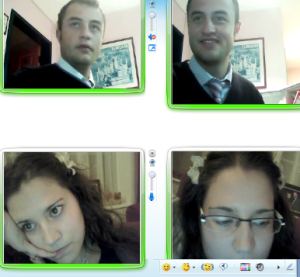 The good old days, back in 2010 when we’d speak to each other on MSN all night, every night.

I decided I wanted to go back and visit Berkay, alone this time, and my parents very, very, very reluctantly agreed. I had strict instructions to keep in contact 24/7 and obviously they knew the hotel address I was staying in.. So, in October 2010 I went back to Turkey for a week, this time we stayed together in Remer Hotel. Although I already knew Berkay well from speaking on MSN everyday, this was our first real chance to get to know each other in person. He had learnt English really quickly, and was pretty fluent by then.  I have to add, going abroad alone, flying alone, to meet someone I’d hardly spent time with in person, is very out of character for me, I’m the shyest person I know, people who have met me will probably agree.. I have no idea what came over me.. love makes you do funny things I guess! We had a great week together and done the typical tourist things, we visisted Oludeniz and done a few boat trips, including one in the pouring rain and wind, it was freezing. The most memorable thing from this whole holiday was how we both went in the hotel swimming pool in the cold, stormy rain, and had everyone looking out of their balconys cheering us on, like I said, love makes you do crazy things! 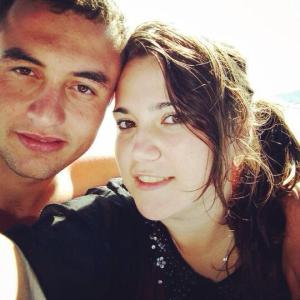 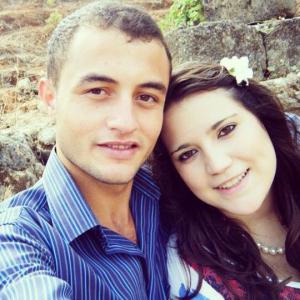 Some of the photos we took together in October 2010.

In January 2011, I decided to visit Berkay again, and did so for a week. This time I felt confident enough to stay in an apartment he was renting in the winter, instead of booking a hotel. The apartment was really bad, it certainly opened up my eyes. I also had a funny Turkish experience on the way to Fethiye from Antalya airport.. Berkay and his friend came to pick me up in his friend’s old banger car.. the fuel gauge was broken and the car kept running out of petrol…the journey should have taken 3.5 hours but ended up taking twice as long. We had another great week together, I met his friends, experienced my first ‘Turkish Picnic’ and enjoyed seeing Turkey outside of the tourist season. Saying bye to Berkay when the time came to go home this time was the hardest, I guess that’s when I knew the only option was to move to Turkey. 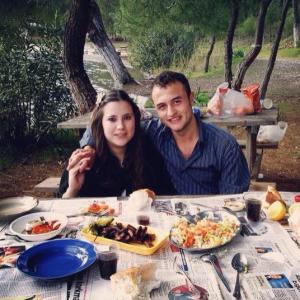 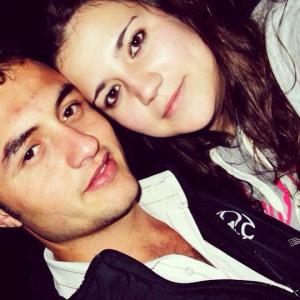 A couple of photos from January 2011, this was the turning point when I knew I wanted to move to Turkey.

I can’t remember how the conversation went, but I must’ve told my parents I wanted to move to Turkey, I can’t even remember their reaction, but reluctantly again, they agreed.  Neither of them had ever met Berkay, none of my family had, so Mum and her partner at the time, came with me for  a week when I made the big move. It was a big decision, one made so much harder as it meant leaving my 3 week old baby sister behind. On the 26th April 2011, I left the UK, packed my life into a suitcase, and moved to Turkey. Whilst there, we had a bad experience which left mum’s partner in hospital for 3 days, this turned out to be a blessing in disguise, as it gave Berkay a chance to prove to her how loving, kind and caring he was. He helped them so much over those few days, that she felt confident enough leaving me with him when they returned to the UK a week later. 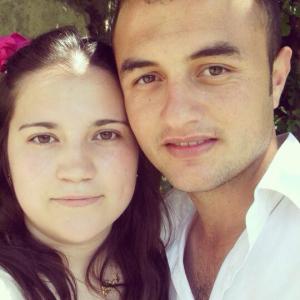 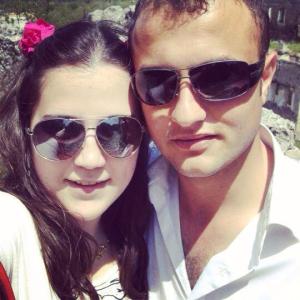 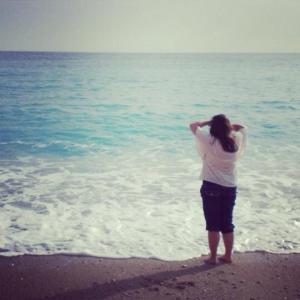 This is a personal favourite photo. Taken in the first few days after I moved to Turkey, me looking out to sea at Oludeniz. It reminds me how I’d entered the big wide world away from parents and the comforts of home, which were thousands of miles, and oceans away.

Berkay found us an apartment, which until September 2013, we called home. I feel like we proved everyone wrong, it’s not the typical Turkish boy/English girl story. He has now met all of my family, visited the UK 5 times, and is now as much a part of my family as the rest of us, they all love him.

The rest of my story is documented on this blog, from my last few days in Turkey, to the reasons I moved back to the UK,  the difficulties to adapting to life back here,  the joy at being reunited, and the sadness at being apart again..

Those were the first 3 years, lets hope there are many more to come… I will carry on blogging through all of them.
To be continued… ❤

17 thoughts on “How did our cheesy, love story begin?”